The aspect ratio is the ratio of width to height of an image. In the context of projector screens, it refers to the ratio of a projection or video image. For example, if you have a 4:3 aspect ratio, that means for every 3 inches of height you get 4 inches of width. In terms of screens, that means you get a square-like screen that all TV formats from the 1990s and before that featured. 4:3 was actually the aspect ratio norm during the pre-widescreen age of standard definition (SD) television. However, thanks to the high definition revolution of the late 2000s and 2010s, 16:9 became the norm nowadays.

The thing about the 16:9 aspect ratio is that it’s 78 percent wider than the 4:3 aspect ratio. It’s like when YouTube had a less dynamic player on their website and started making all videos play on a widescreen player. The standard 4:3 aspect ratio videos from recorded TV programs from the 1990s and prior all had black bars on their sides to compensate for their non-16:9 aspect ratio. Nowadays, YouTube can change the player size to suit the needs of the video, but you don’t have that luxury with projector screens. 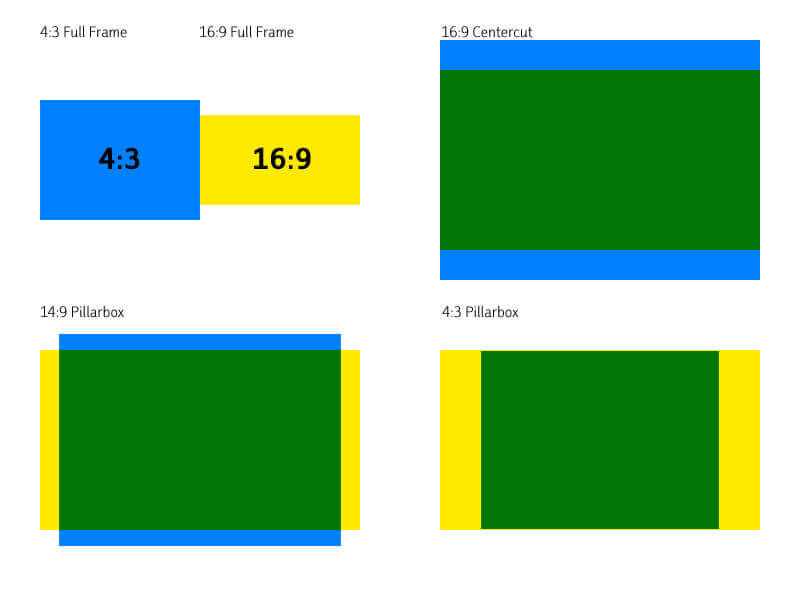 4:3 used to be for television and 16:9 or similar cinematic aspect ratios where the width is wider than the height were the norm for movies. If you have a home projector, it’s recommended that you use a rectangular instead of a square projector because modern TV shows are now formatted to work like movies with their widescreen 16:9 aspect ratio compared to vintage shows from the 20th Century. You can also play both widescreen and square aspect ratio programs and films on a rectangular projector screen, since a square screen will cut off the rest of the widescreen while a widescreen projector screen will cater to both square and rectangular images. The square ones will simply have “black bars” on the side and whatnot.