So you want to use your projector but your media only has component output. Maybe it’s an old DVD player or VCR. Perhaps you’re attempting to play the Nintendo Wii only to be downtrodden in knowing that it only accepts either A/V or component video cables. Perhaps you’re attempting to mirror the display of your plasma TV, only to be surprised at the lack of an HDMI port but the presence of those five red, blue, green, white, and red ports for audio and video. Whatever the case, there are actually plenty of recent projectors that feature both the YPbPr component port and the HDMI port that have been made at least around the early 2010s.

In regards to what we consider as the best projector with component input, it’s definitely the BenQ DLP HD Projector (HT2050). If you want to know why then you should keep on reading. In a nutshell, it gives you the most return for your investment or the most bang for your buck when push comes to shove.

What Is Component Video?

Before you buy a projector that has a component video port as the main or secondary A/V option (maybe it also has a 1080p HDMI port for you), you should first know the details of what component video is. Component video, also known as YPbPr, is probably the last and most advanced analog A/V standard for TVs until the HDTVs and their High Definition Media Interface (HDMI) ports came rolling in from 2002 onwards.

The Best Projector with Component Input

We reiterate that the BenQ DLP HD Projector (HT2050) is probably the best of its kind projector with component input and an HDMI input as well. You might as well get a projector that has both component and HDMI inputs unless you wish to invest in a component to HDMI adapter or converter to allow you to play component video game consoles, media players, and even cable or satellite boxes. This is because HDMI remains the current standard the same way A/V cables used to be the standard a few decades ago. 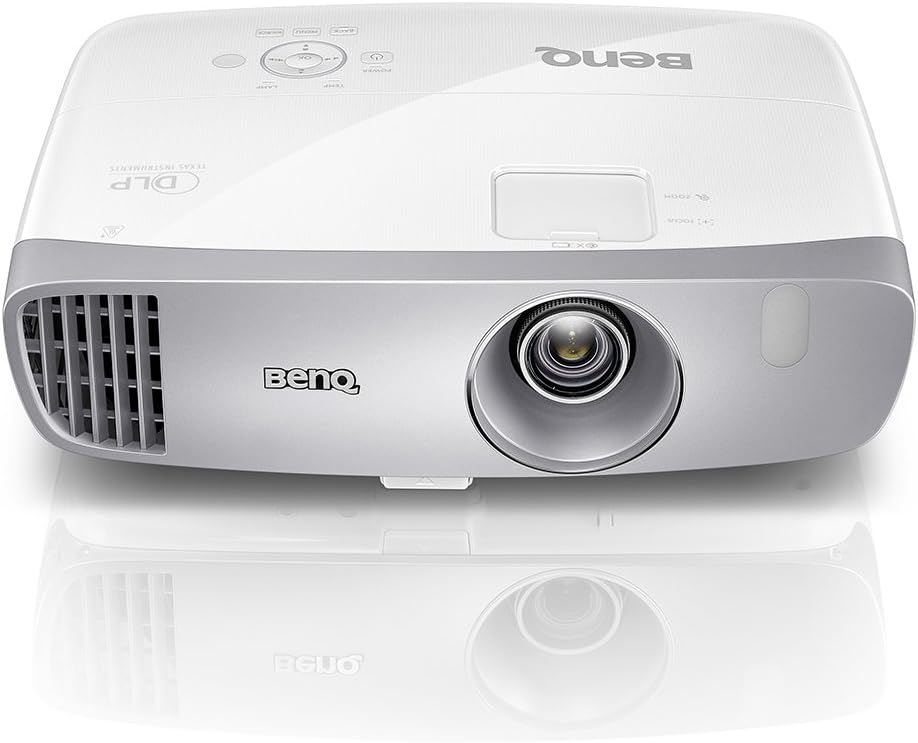 YPbPr, RGB, and S-video signals are composed of two or more separate signals. Thusly, they’re all component video signals when you think about it. However, it’s a component video that ultimately got the moniker for consumer-level video applications due to its high-quality output that’s probably the best you could get from the outdated analog A/V standard or standard definition era of video. It also uses the common-at-the-time three-cable system that uses RCA or BNC connectors for analog cable systems. Typical resolutions in lines or interlaced form are 480i (NTSC) and 576i (PAL) at the square 4:3 aspect ratio for most TVs.

As for PCs and their display monitors with the 15-pin DIN connector or the IBM VGA standard, you can get screen resolutions that include 640 x 480, 800 x 600, 1024 x768, 1152 x 864, and 1280 x 1024 or larger. Regardless, if you wish to play TV shows or videogames from this bygone era of standard-definition video on a projector, your choice is either to get a component-to-HDMI adapter/converter or get a projector with a component port already in place. We choose the BenQ DLP HD Projector (HT2050) as our component video projector of choice because buying an older outdated model is a bad investment and this HD projector is quite decent with its component video conversion.