The Amazon Firestick, FireStick, or Fire TV Stick is Amazon’s answer to the Roku Stick Plus or Roku Express from The Roku Company. Like these pocket Roku streaming players, the Firestick can stream any content to any HDTV or HDMI display device. It works best with HDTVs since it is called the Fire TV Stick, but it can also work fine with an HDMI monitor or projector. Can you watch Firestick on the projector? Absolutely. You can use a computer monitor or laptop screen too while you’re at it as long as you have an HDMI port on them, but usually, you won’t need to since they can play Amazon Prime just fine without you needing the stick.

On that note, here’s what you need to know regarding how to connect the Firestick to a projector. 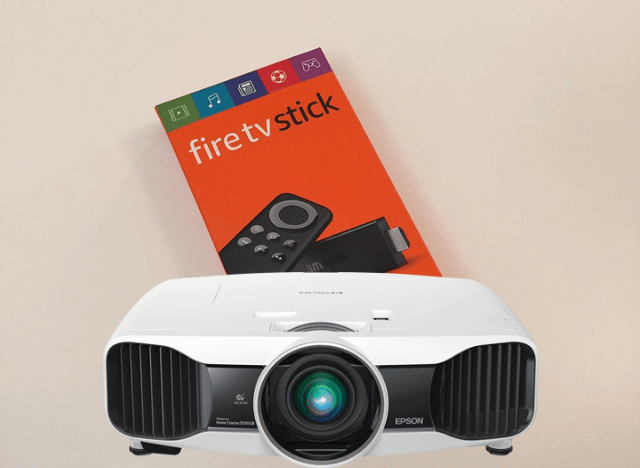 What Is The Amazon Fire TV Stick?

The Amazon Firestick enables you to watch content from Amazon Prime as well as Netflix, Hulu, Disney+, HBO Max, and various other streaming services that have been emerging out of the woodwork as of late. Just don’t forget you also need a Wi-Fi connection handy!

See more: How to Connect Fire TV Stick to Projector

Can You Connect the Amazon Fire TV Stick to a Projector?

With that in mind, can the Amazon Fire TV Stick easily work with a projector? The short answer is yes. The longer answer is yes but it depends on the projector you have.

There are quite a number of projectors out there that can easily receive the Amazon Firestick. It should work fine with the late 2000s Full HD projectors with an HDMI port. It should work even better with more advanced projectors from the 2010s that offer 4K resolution, at that.

Your best bet is to get a projector with HD capabilities because chances are they have an HDMI instead of A/V, component video, or VGA port behind them. Many of the models of the Amazon Firestick feature compatibility with any projector that has an HDMI port, which is in contrast with reports regarding Roku players and their stricter HDTV-only policies by consumers. If your projector lacks an HDMI port, you’ll require an adapter or converter of some sort, like a VGA or A/V to HDMI converter. Some converters will make the Firestick work while others might not. As a rule of thumb, always get the latest HD or 4K projector.