Light blinds without shadows. Everything becomes formless, washed out, and indecipherable without contrast, particularly in terms of digital video from projectors.

Contrast ratio refers to the ratio between the white or bright and black or dark portions of the image, thus it tells you how balanced the dark tones are with the light ones.

The contrast ratio should complement your brightness when push comes to shove.

What is a good contrast ratio on a projector? Read on to find out.

A Good Contrast Ratio on a Projector

You want high contrast ratios to see the image better. It makes sure the resulting projection or image doesn’t look too light or washed out, like something printed on onion paper.

Furthermore, shapes, forms, and movement look clearer with the right combination of whites and blacks rather than a dim gray from either color. 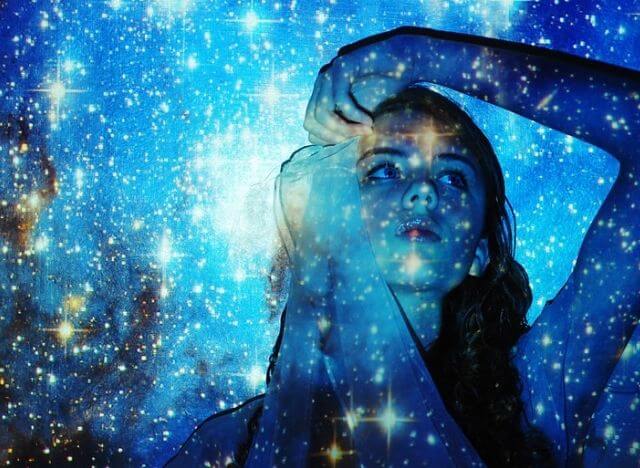 If you’re dealing with a darkened room, 1500:1 is enough to get you a clear picture.

The darkness makes the whites and darkness stand out without using loads of lumens. With that said, a low contrast ratio can ruin even the best lumens rating from your device.

What is Projector Contrast Ratio?

White image ratio compared to a black image. It’s light vs. darkness, in short. A 1:1 contrast or even a 2:1 contrast with the black and white results in something bleak and unwatchable.

Even in the darkest of theaters, you should at least have a 1500:1 contrast ratio. Having proper contrast means not going overboard so that you can view subtle color shades and textures as well as the most intricate details.

The contrast makes things clearer when push comes to shove, particularly with HD and HDR images.

What Does the Ratio Figure Mean?

Let’s take 3000:1. This figure means that the white image is 3,000 times brighter than the black image, thus creating a good contrast between the two.

The lower the contrast, the darker you need the room to be in order to make the weaker light and contrast stand out and prevent the image from looking muddy or faint.

If there’s less contrast or difference between the white and dark parts of a picture, the image becomes gray and indecipherable.

Why You Should Get a Higher Contrast Ratio

If you wish to see more detail from the picture or image you’re viewing from your projector then it’s a must to have a higher contrast ratio rating.

You particularly need high contrast in order to decipher the text, graphs, pictures, and video better.

The shadows give the bright letters form so that they stand out from each other instead of melting together in a gray goop. Many consumers display sensitivity to this topic, though.

Because manufacturers know that consumers are sensitive to this particular spec, they might pull the wool over their eyes and pump up the figures to absurd but misleading levels in order to beat the competition.

Avoid this mistake by being aware of fake contrast figures. There is such a thing as too much contrast because severe brightness can overwhelm the shadows and lose certain details on the picture like texture.

The Importance of Balancing Contrast

If you wish to maintain color nuance and gradation, the picture shouldn’t be too muddy or too bright to the point of being blinding.

Your rule of thumb is 3000:1 and above, with the above ratios reserved for outdoorsy projector use, like backyard movie nights and whatnot.

Pitch-Perfect Contrast Ratio for HD Use

The contrast should be pitch-perfect in order for the projector to display clearly the picture, its fine details, its texture, its texts, and every little movement frame per frame.

Even if you’re using Full HD 1080p or Ultra HD 4K resolutions, the potential detail from those extra pixels can end up muddled if your projector’s contrast ratio is poor.

The brightness of your projector or how much lumens it can produce is tied intrinsically to your contrast ratio as well.

Learn How to Get Good Contrast Ratio

If you wish to see numbers, text, graphs, pictures, and video clearer from your projection screen, the correct contrast ratio should be present on your projector relative to the place you’re using it.

You can go high with your contrast ratio depending on how much ambient light or daylight you’re dealing with, actually.

The ambient light makes the light from your projector look dimmer by comparison in contrast to when you’re using the device in a darkened theater or room, where even faint light looks brighter.

The Hallmark of High Contrast is Seeing Sharp Details

If you’re watching an FHD or UHD Blu-Ray release of something like the high frame-rate Hobbit Trilogy, contrast proves necessary to see every last smooth movement and subtle shades of detail.

These two refer to different things. The contrast ratio spec of your projector serves as the maximum setting that you can leave as default to get the clearest video minutiae possible.

Your contrast settings can be adjusted in accordance with your needs or the place you’re viewing your movie or TV show.

You need max settings for outdoors viewing probably and a less bright and less contrasting picture when viewing in a darkened home theater.

You can’t fiddle with your contrast settings to raise a 3000:1 contrast. You can only lower it.

Contrast Ratio and The Location Itself

It’s like real estate. The brighter the area you’re going to with your projector, the highest its contrast ratio and brightness should be.

How bright your projector can also determine how high of a contrast ratio rating can be achieved. 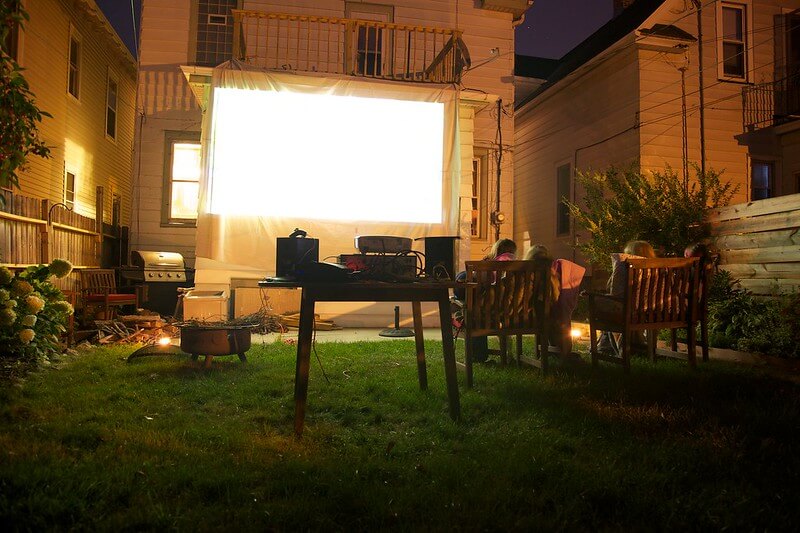 The darker an area the brighter even the dimmest light can appear. The more ambient light is around you in a given place, the muddier your projector can get.

It’s like sunlight, daylight, or nearby light fixtures help “rob” the brightness of your light, such that you need an even brighter light to stand out in a place filled with bright lights.

A home theater or business projector’s contrast ratio and brightness (expressed in units known as lumens) should be directly proportional to the amount of extraneous or ambient light around you, with daylight projection being the most challenging to overcome.

Even then, you’re required to put up shades or reflectors that keep direct sunlight from robbing the intensity of even the highest contrast of projectors because no projector in existence is bright enough to beat the brightness of the sun.

Read more: How Many Lumens Do You Need to Project in Daylight?

Control the Ambient Lights of an Indoor Setting

To take full advantage of your projector’s 2000:1 and above contrast ratio, make sure to turn off the lights, bulbs, and lamps of a given conference room or classroom.

You can also shut the blinds or unfurl the curtains to keep outside daylight from interfering with your cinematic experience.

Even better, use your projector in a room you can darken, such as a home or commercial theater.

Use a Projector Screen Instead of a Wall or a Blackboard

A blackboard, chalkboard, or even a plain white wall proves inferior to the contrast-maximizing capabilities of a projector screen.

These projector screen alternatives aren’t built to project images from a projector, thus they tend to make an image muddier or fainter than normal.

They can also warp or obscure an image depending on the smoothness of their textured surface.  To make the most out of your contrast ratio, only use projector screens for projector viewings.

Use The Correct Screen Color and Material

Reflective projector screens (like the silver screens of yore from the black & white era of cinema) maximize the light from the even lower contrast and lowlight projectors of the early days of movies, talkies, or even silent films.

In contrast ratio terms, gray screens provide better contrast than even the default white screen because of how much darker they make the shadowy parts of the image while fully reflecting its brightness.

Things to Remember About Contrast

The contrast ratio is about how much brighter the white parts of the image or projection is compared to the shadows or dark image.

From there, the colors get filled into the image using Digital Light Processing (DLP), Light Crystal Display (LCD), or Liquid Crystal on Silicon (LCoS) projectors.

They each have their own micro-mirrors, prisms, color wheels, or some combination of LCD and DLP tech to make your high-contrast image have full color.

Long story short, your projector contrast ratio helps deal with things like ambient lighting or daylight. The higher the contrast ratio and lumens the better your unit would do outdoors.