So you’ve bought a projector. You naturally want a projector screen to go with it. You wouldn’t want to buy a DVD or Blu-Ray Player without an HDTV. Or Wi-Fi services without a computer or smartphone. Sure, you can use a blank wall to project the image or video just fine, but if you want to watch HD 1080p or 4K video in its full glory, you still need that screen. With that said, you should be careful when buying screens.

Sure, the projection screen will typically come bundled with the projector as well as be sold separately. However, you should still make sure you’re getting the absolute best screen available. You should have an informed opinion about your purchase so that you can avoid wasting money or be forced to watch Game of Thrones at a brick wall.

Why Use a Screen Instead of The Wall?

You should use a projector screen—the fabric or plastic screen you can unfurl like a window shade or is fixed on a frame that the projector projects the video or picture on—if you care about the quality and fidelity of the projection at all. It’s more enjoyable to have the projector project its movie or display on a surface that’s rough or the wrong color since it affects how well you’re seeing the picture. It’s like painting on colored paper.

Unless you’re trying to achieve a specific look, it mostly ruins the projected picture from your projector. You should specifically look for a screen that’s the perfect size for your projector’s specific throw distance or the distance between the projector and the screen. It should be about one times the diagonal for a 4K projector and 1½ times the screen diagonal for an HD projector. A wall is too uneven or has too little gain when compared to a screen specifically made to cater to projectors.

There are two basic types of projection screens you should be aware of. 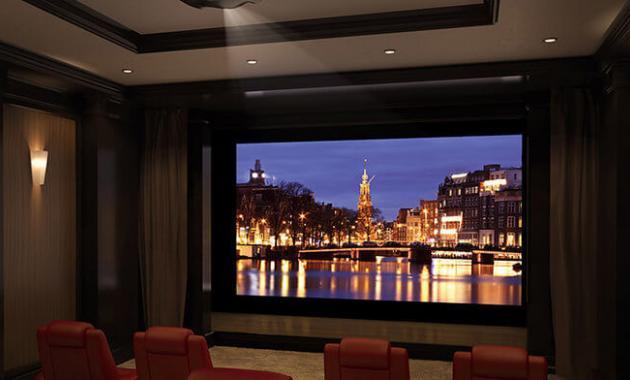 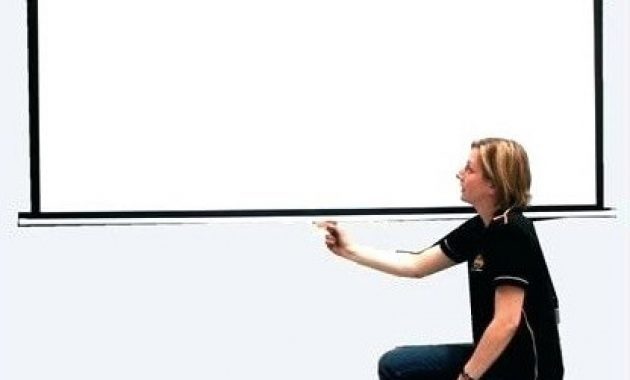 Just like with television sets, you can also choose what size of the screen to get. It depends on the throw distance and projection size of your projector. Check the specs of your device to find a matching screen with the exact right size needed for a perfectly clear and detailed picture when push comes to shove.

There are different projector screen fabrics to choose from. The fabric type dictates screen projection quality.

Screens can be made of plastic, woven cotton, vinyl, and polyester. Many screen makers don’t list down a specific material or combination of materials for their screen as though it’s a trade secret. To wit:

When selecting screen fabric, you should take into consideration the following factors. 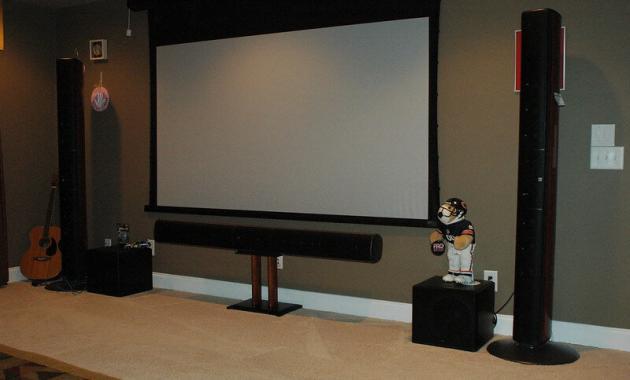 You can also get your hands on different screen types and accessories that enhance your projector viewing experience for the better. 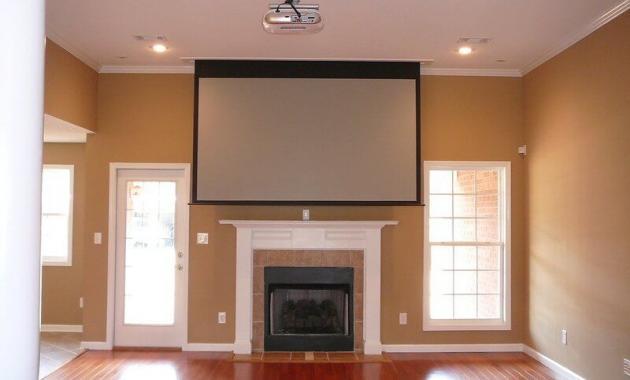 4 Steps to Selecting a Projector Screen

Here are the 4 steps you should follow to select the right projector screen for you.

How to Install a Retractable Projector Screen

When installing a retractable projector screen, please do the following.

Here are more than a couple of frequently asked questions in regards to shopping for the right projector screen for home use.

When all is said and done, the most important factor to consider when choosing a projector screen is the projector itself. It’s the display that determines the aspect ratio possible (along with the media player), the throw distance, and various other considerations. The bigger your screen is the more blown-up the projection will get, which then results in a dimmer image overall.