Freezing a projector image is like pushing the pause button on your VHS or DVD or media player. It freezes the screen “intentionally” (as opposed to “unintentionally”, like when your computer freezes due to glitches and errors). Why would you want to do that?

Maybe it’s because you want to search for something on your laptop or desktop that you want to hide from the others viewing your screen. Or perhaps you wish to use your Pc screen for lecture notes while freezing on a slide of your slideshow presentation.

Regardless, learn how to how to freeze projector screen mac through the following steps.

You may also like: How to Freeze Screen Windows 10

The Freeze Option on Your Projector Remote

Most modern projectors include a remote that has a freeze display button. It’s like how hardware such as your earphones can pause your music with a tap of the finger instead of clicking on the pause button of the website or media player you’re using. It’s a viable and convenient feature.

With this button, you can pause or stay on a screen like a screensaver while your notebook PC display is hidden. It’s quite a handy feature because you won’t have to go to Expand Display mode in order to simulate the screen freeze.

Compared to Extend Display, this is much easier to do. If you’re a college professor, this enables you to multitask, grade papers, look up info, or access notes without interrupting the video or slideshow you’re showing to your class. Ditto if you’re using your projector for your conference presentation.

How to Extend the Display on MacBook or macOS

The “freeze” happens when you stop the slideshow or pause the video. It’s not quite exactly like the freeze button of a projector remote but it’s a good simulation of it. Furthermore, you can have the video or slideshow run while you do tasks on your PC screen visible only to you.

The Extend Mode extends the screen of your MacBook or iMac so that your projector has a separate extended screen from your main PC screen. OS-wise, the only way to toggle between modes is to click the Apple icon.

To switch to Extend Display mode, click on the Apple icon on the top-left corner of your screen. From there, select System Preference, Displays, and the tab for Arrangement. Check the Extend Mode for Secondary Displays box instead of the Mirror Display box.

Extend Display stretches your desktop, thus allowing you to put your program box or tab (like your slideshow or media player app) on the projector screen while the MacBook or iMac screen remains visible to you and you alone. 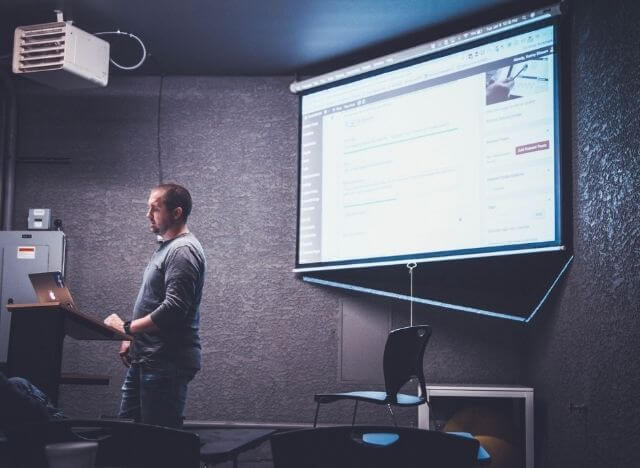 Screen Freeze from the MacBook or macOS Device Itself

The freeze option isn’t found in all projectors. Some lack a remote control and works similarly to an ordinary computer monitor, but it’s a projector instead. Other units have a remote but lack the handy screen freeze feature. In such cases, you can either go Extend Display mode or use your laptop keys.

The Fn Key and Its Mac Equivalent

With non-Apple products, the laptop or desktop keyboard Fn keys are assigned tasks like activating Wi-Fi or opening the search box. There should be a shortcut there—usually the Fn Key + F8 key—that allows you to toggle between projector modes.

With Macs or macOS products, earlier laptops can shift from Display Mirroring to Extended Desktop and back through F7. Later laptops required you to do the Command + F1 shortcut instead. This might have also changed in later MacBook versions like MacBook Pro.

Second Screen and PC Screen Only

The safer bet is to toggle between display modes via Apple icon and its display settings instead of attempting to toggle by the function keys. Having only one screen turned on when using multiple monitors is a Windows-exclusive feature.

Indeed, the Second Screen Only and PC Screen Only options available on Windows are not available for Mac. At best, you can turn down the brightness of your PC screen to zero then go to Clone Display mode. 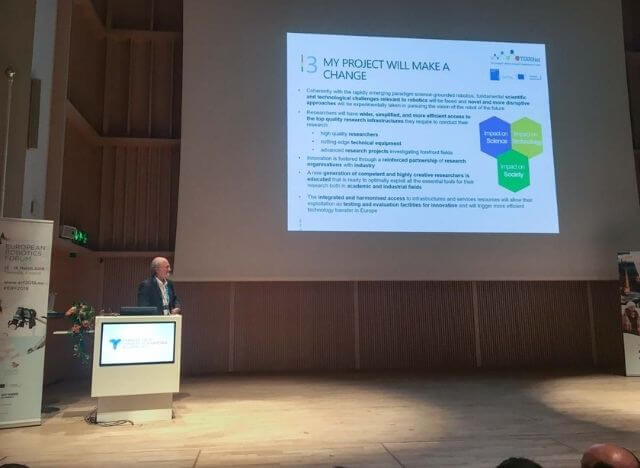 Does Extending the Display Equate to a Frozen Screen?

Technically, you’re not really freezing the screen by going into Extended Desktop mode. You’re instead doing an alternative to screen freeze by lengthening your desktop and giving your projector screen a separate display compared to your laptop screen.

This is because the main benefit of a projector screen freeze is to separately do things on your laptop screen without it appearing on the projector screen. Extended desktops and their extra-long screens can fulfill that same intention using a different method.

Don’t Enable Duplicate Screen and How Windows Does It

Don’t enable Mirror Screen, Clone Screen, or Duplicate Screen if you intend to simulate the freeze screen feature. This is because a mirrored screen doesn’t hide your PC screen and defeats the purpose of a freeze screen.

Sure, Extended Desktop isn’t a freeze screen per se. However, it’s the next best thing if you lack the freeze screen projector feature. With Windows, you can toggle between modes with Win Key + P. For Mac, it can either be F7 or Command + F1 depending on the version of MacBook you’re using.

Otherwise, click the Apple icon, System Preferences, and Arrangement to access the Mirror Mode or Extend Mode boxes. There’s no “PC Screen Only” or “Second Display Screen Only” mode though.

To Sum It Up

Yes, it’s possible for you to “Freeze” your projector screen the same way you’d “Pause” a game, a TiVo recording, or a video from your DVD or Blu-Ray Player.

It’s actually preferable to use a native freeze feature on your projector found on its remote control than doing it via the operating system. This is because on your MacBook or iMac, you’ll have to go to Display Settings in order to get it into Extend Display mode.

From there, you can play or pause your slideshow on the projector or second screen while freely doing something else on your PC screen.