A digital video projector—like its vintage counterparts the overhead projector, the slideshow projector, and even the movie projector—is mostly silent. Sure, the 16mm and 8mm films have had advancements that allow it to have an accompanying soundtrack when played. However, for the most part, a video projector like the silent film era projector projects movies and shows completely without sound. The sound has to come through a separate sound system.

So in regards to how to get sound from computer to projector, it’s mostly a matter of choosing whether to use the sound coming from your built-in PC or laptop speakers or have it connected to the surround-sound stereo system of your home theater while the projector merely acts as a secondary or tertiary monitor.

Are All Video Projectors Soundless?

Not all video projectors are soundless. A number of modern video projectors connect via HDMI (which supports both audio and video) or through other AV ports plus a 35mm jack for sound purposes. These latest projectors can double as television sets, which are known for their built-in speakers. 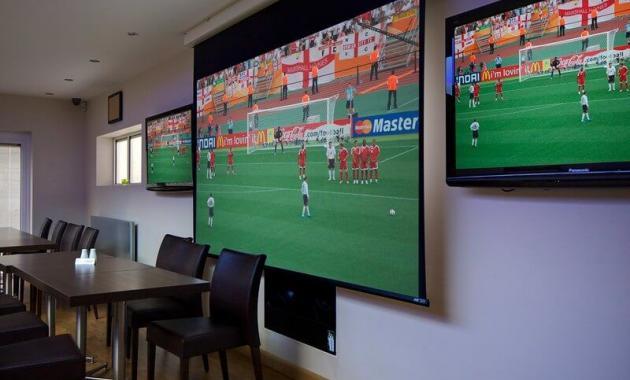 Many projectors nowadays have things like an integrated soundbar in order to deliver high-fidelity sound powered by twin 30W drivers. It should also be able to handle DTS-HD and Dolby Audio since HD is all the rage nowadays just like surround sound used to back in the day.

You can connect sound to them using a 3.5mm audio jack or an HDMI cable that carries audio and video in one cable. You can even play the sound through wired earphones or headphones with 35mm jacks as well as Bluetooth earpods if you wish. They serve as an alternative to your home cinema sound system.

Your Main Options for Getting Sound from Your Computer to Projector

Essentially, you have two options when it comes to projector viewing with sound. You can connect the audio jack or extra HDMI cable to your home cinema system speakers and stereos for the full cinematic or surround sound experience, the same way your desktop has a separate speaker system because its internal speakers aren’t so advanced with HD sound.

You can also go the TV route of connecting both audio and video to the same projector and letting its built-in soundbar or speakers to do the sound for you. Your projector is now acting as a TV set with its own speakers and screen in one package. You can even get a separate earphone or headphone output if you like but that’s going to require extra adapters and converters for good measure.