Do you wish to turn off projector mode on your laptop? To go about it, it depends on the version of macOS or Windows you’re using. Projector mode means that your projector is your only screen.

If you’re doing a presentation, it’s better to mirror or duplicate your screen on the laptop and projector. Furthermore, you should probably put it in mirror mode from the start. However, sometimes you might accidentally toggle into projector mode, which is annoying to say the least.

You may also like: How to Freeze Projector Screen

How to Properly Use Windows Key + P

When you accidentally go Projector Mode and the Windows Key + P doesn’t automatically toggle you to Duplicate Screen Mode, here’s the deal. Hitting that combination of keys should produce a menu.

The chosen setting should be Duplicate Mode since it allows your laptop to see what’s displayed on the projector. Just pick some other menu settings and you should move to different modes. Multiple monitors work best with the Extend Option.

You need more complicated mode switches for things like making 4 individual screens or mirroring the laptop screen on the projector and extending the screen on the second screen. It’s better to use one screen at a time to toggle between modes in a simpler manner. 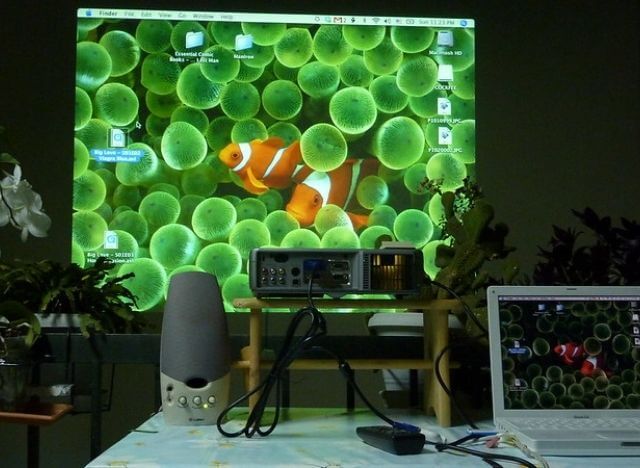 If You’re Stuck in Projector Mode Then Use Fn Keys

The direst thing about Projector Mode is that it can get activated even if you don’t have a projector. Usually, Windows Key + P is your best bet. If your laptop thinks the projector monitor is the primary display then you can also use Fn keys to access monitor options.

The Fn keys have functions exclusive to your laptop that can’t be accessed by Windows (it’s a different deal with Macs and their first-party hardware and software). You might be stuck on your laptop’s Projector Mode, which is why you can’t cancel it via Window’s Projector Mode.

Turning off Projector Mode on Windows 10

The Windows Key on your keyboard should be pushed before you tap the P key. This enables you to toggle from projector mode to duplicate or mirrored screen mode as well as other modes.

Turning off Projector Mode in Windows 8, 7, and Below

If you were to click the Connect to Projector Only mode accidentally on Windows 7, 8, XP, or one of the older Windows versions, Windows Key + P is usually your best bet. Otherwise, you should disconnect the projector and reconnect with Duplicate Screen Mode enabled.

The shortcut is designed to display Windows 7 (and so forth) multiple monitor utility. It should be roughly the same across the board since VGA digital business projectors have been in existence around the same time as laptops and the Windows operating system.

If Windows Key + P fails, try doing it while in Safe Mode. You can also connect the laptop to an external monitor to allow you to see and change settings (in case it went to Expand Desktop Mode).

Turning Off Projector Mode in MacBook or macOS Devices

If you wish to connect your MacBook to a projector without going to Projector (Only) Mode, do the following. It’s mostly a method to choose between the different display modes available by accessing the System Preferences settings.

Click on the top-left corner Apple icon on your screen the choose System Preference, Displays, and the Arrangement tab. On the Mac Display Settings, you can pick between Mirror Display box, Extend Mode for secondary displays box, and so forth.

You want to check the Mirror Displays box for screen duplication on your laptop to the projector. There isn’t a toggle feature available here. You put up your settings from the start and fix your settings the same way to avoid accidental unwanted modes while in your presentation. 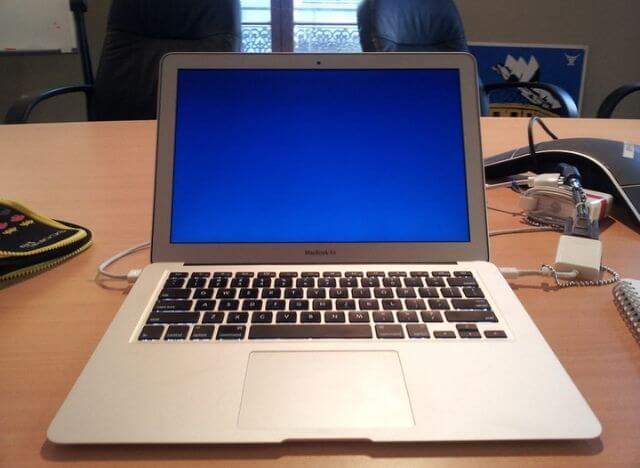 If you can’t go back to your laptop screen every restart, something might be wrong with your laptop itself and it should be serviced. To troubleshoot it, attempt to access Display Properties at Advanced Mode and click the correct or preferred display.

If it’s just faulty settings accidentally put on default, you should be able to correct things from your Display Properties. Try connecting your projector because you might need to make the change from the projector screen itself if you’re stuck on the wrong mode.

Alternatively, you can use your projector to check if it’s really a Projector Mode problem instead of your laptop screen failing because of a bug or a hardware issue. Tinker around the best that you can and if all else fails, call your local computer help hotline.

There are different ways to go about switching modes or turning off Projector Mode to access Duplicate Screen Mode. Usually, it’s through the shortcut Windows Key + P. It’s annoying to have the laptop screen go dark and only have it accessible on your projector screen.

What’s more, you might sometimes end up in Expanded Desktop mode, which makes it harder to toggle through modes via menu (since the menu might only be accessible on a second monitor rather than a projector).

If all else fails, contact your Microsoft or Apple troubleshooting service for more details.