Watching 3D movies in your home is a past craze that’s making a comeback in the late 2010s and early 2021s, especially in light of technology advancing enough to make consumer-grade projectors a thing. Yes, full-color 3D requires glasses and a special display too, just like the red-and-blue glasses required to view “black-and-white” or “monochrome” 3D movies in the 1950s. If you’re curious about how to watch 3d movies on projector or projection devices, then keep on reading. We’ll cover everything you need to know.

Yes, 3D is a bit of a recurring gimmick. However, it’s an effective gimmick that keeps popping up in cinema and home theaters because the idea of watching something in three dimensions remains appealing to anyone who wants to be immersed in what they’re watching.

You may also like: Your Complete Guide to 3D Projectors

If you’re a person who likes the idea and experience of watching 3D movies and shows in your home theater, then you should be prepared to wear special glasses and/or avail of a screen that makes the flat image look almost holographic to your eyes. Most complications arise from the paraphernalia but if you’re reasonably tech-savvy, you should be able to take care of everything. 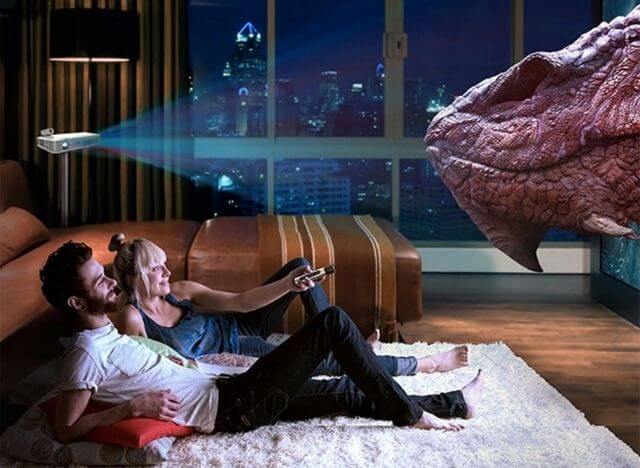 What Have We Learned?

Thank you for reading. If you would please comment below in order to share your thoughts on the 3D movie and TV show gimmick. Does it work for you? Do you think moviemakers can still find a way to expand on this technology?

It’s a reasonably simple affair to have to watch 3D movies at home, especially in light of the current lockdowns and quarantines due to the coronavirus. It isn’t that different from watching 2D “regular” TV. It’s not like the transition from black & white movies to color movies or silent films to “talkies”. However, this gimmick still works enough to make films like Avatar become the highest-grossing movie of all time (before Avengers: Endgame took that top spot). You’ll simply need new technology, projectors, and special glasses.