It can be quite a challenge to set up your projector screen and video projector. Ideally, you should have the right placement, throw distance, and center so that when you turn your projector on the projection is placed squarely on the screen or at least at the center of the wall if you’re not using a screen. With that said, what’s the deal with Projector Keystone Correction and Lens Shift? Sometimes, you have no choice but to use digital means to fix imperfections in placement.

Keystone happens whenever your projection looks less rectangular or square and more trapezoidal in appearance because you have no choice but to project at a strange angle. Keystone adjustment or correction allows you to correct this distortion digitally or electronically.

Setting Up a Video Projector with Lens Shift and Keystone Correction

When you set up a video projector for home theater or business presentation purposes, you’ll usually have zoom, shift, and focus controls included to help project the right image on the exact right place of your projector screen. It also helps make sure that the projection is clear, sharp, sized correctly, and popping in all the right ways. With that said, the best way to adjust your projector relative to the projection screen or vice-versa is physical.

For example, you can move the angle of the ceiling mount or just the adjustment feet of the projector or projection screen to make sure the projection ends up where it’s supposed to be. Failing that due to circumstances you can’t control, like the shape of the room, to the instability of the floor or table, or the weird angle you have to project the image through (resulting in a trapezoidal shape), you can use keystone correction and lens shift to correctly display the image. 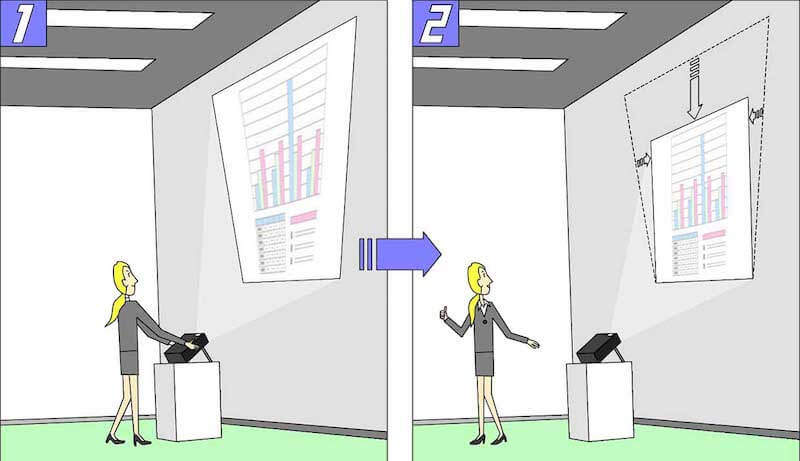 What’s the difference between keystone correction and lens shift anyway? Keystone correction distorts the image in order to make up for keystoning or the keystone effect that makes your projection look as trapezoidal as a keystone (hence the name). Meanwhile, lens shift enables you to physically or mechanically move the lens side-to-side or up-and-down as well as diagonally without moving the projector itself. To wit:

However, because it’s a digital alteration similar to digital zoom, this often results in a downgrade in resolution. If you don’t want your 4K to look 1080p or even 480p due to all the keystone correction you’re doing to it, you better find a setup without slanted walls or projecting your projection at an angle. 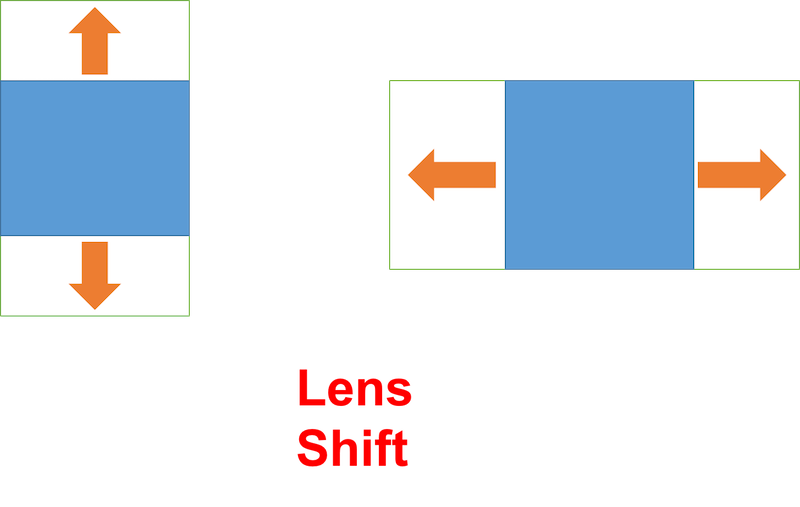 Both keystone correction and lens shift enable you to make changes to the location and shape of the image or projection without moving your projector or altering the angle of your screen to better accommodate projector placement.

There are downsides you should watch out for when it comes to the lens shift and keystone correction. You should keep in mind the detriments to using these features because keeping your projector squarely on the same level as the wall or screen you’re projecting on without having to deal with funny angles is always your best bet towards an optimum viewing experience. 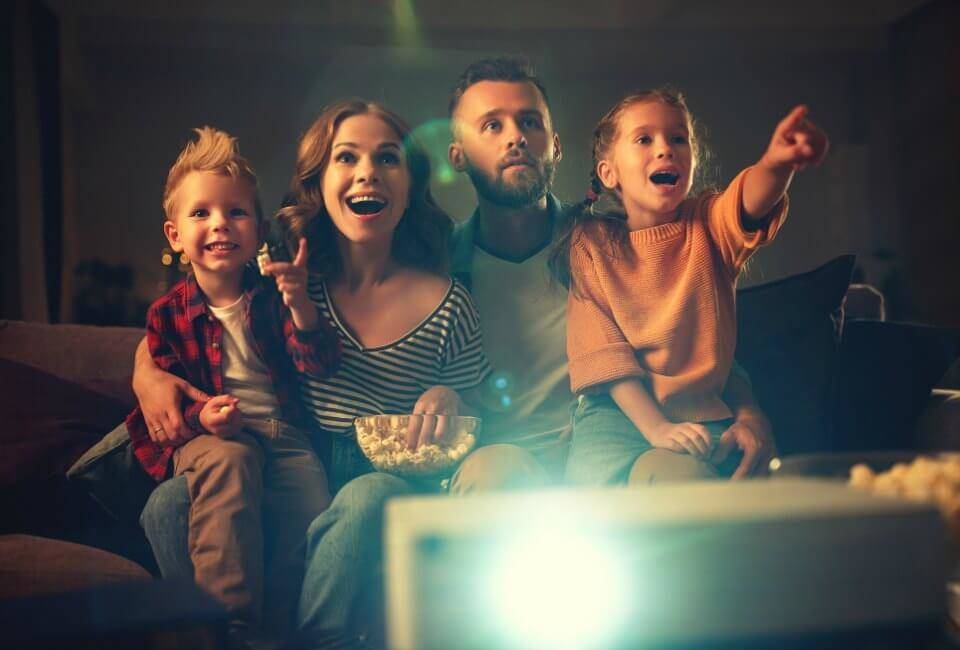 The Lens Shift and When It’s Most Applicable to Use

Projection degradation is less of an issue when using lens shift since it’s instead about shifting the lens of the projector instead of digitally distorting the image it’s projecting. It’s like the difference between a lens zoom and a digital zoom—lenses retain more quality from their zoom while a digital zoom works with the image the lens has captured by zooming into part of a digital picture. 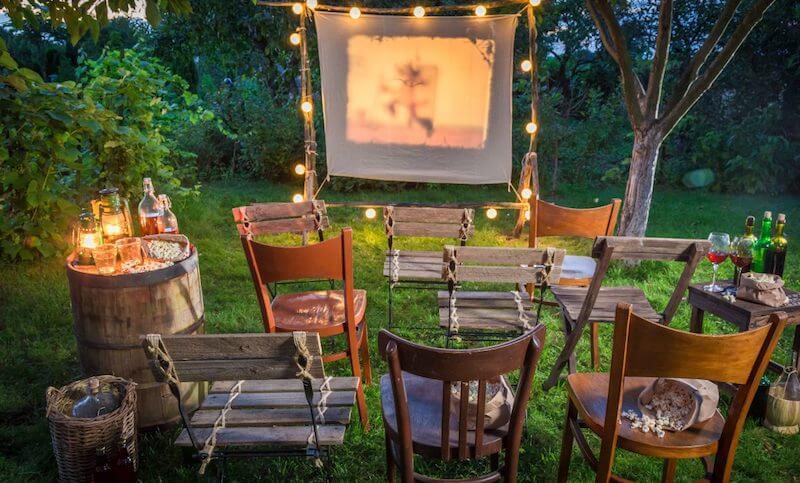 The Debate on Keystone Correction and Quality Degradation

Does keystone correction result in quality degradation? Probably, especially if you have to do 5 clicks to correct a distortion, only to end up with a different type of distortion on the resulting projection. Since correcting keystoning is a digital process instead of physical manipulation, you only have so many pixels to work with. Even full 4K resolution at  3840 x 2160 pixels or 4096 x 2160 pixels will lose enough pixels to drop down to 1080p when enough keystone correction is used.

Even though digital keystone correction and lens shift are useful, minimize their use. Use them only as a last resort instead of a first one. Your first resort is finding a way to project without funny angles or uneven floor levels. Have your projector dead center to the screen in a way that’s viewable to all your audiences. You can even purchase a short-throw projector if you’re concerned that people will block the view or light of the projector itself.  Sometimes, you have no choice but use these digital correction tools despite resolution and quality loss. It cannot be helped.