How long should a projector last? It should last multiple times longer than your lamp. As long as your lamp is being replaced it should be able to last as long if not longer than your television set. Projector lamp life records how long your lamp has been running in hours. You can then check out the average amount of hours that a given lamp can last then replace it before it gives out or when it starts flickering around.

The most common projector bulbs have pressurized gases like mercury filling the ARC gap that lights up when the electrical current is sent there, followed by LED ones then laser ones. All projector lamps have a set operating time that’s known as their lamp life. It’s a value that’s expressed in number of hours. The standard halide lamp should last around 1,500 to 2,000 hours (62 to 83 days or 2 to 3 months) or even 2,000 to 3,000 hours (83 to 125 days or 3 to 4 months). Newer models in the 21st Century are even capable of lasting for a whopping 5,000 hours (208 days or 7 months).

The projector has a lamp that serves as a powerful light source for digital projection purposes. This lamp allows the image to appear across the screen as clearly as possible and with the fidelity, you’d expect from even an HDTV, especially when you’re dealing with modern projectors that have high-grade light and contrast technologies included. Even when it comes to these modern projectors, the basics of light projection remains the same as with movie projectors, overhead projectors, and slideshow projectors.

With that in mind, here are the different types of projector lamp and bulb. 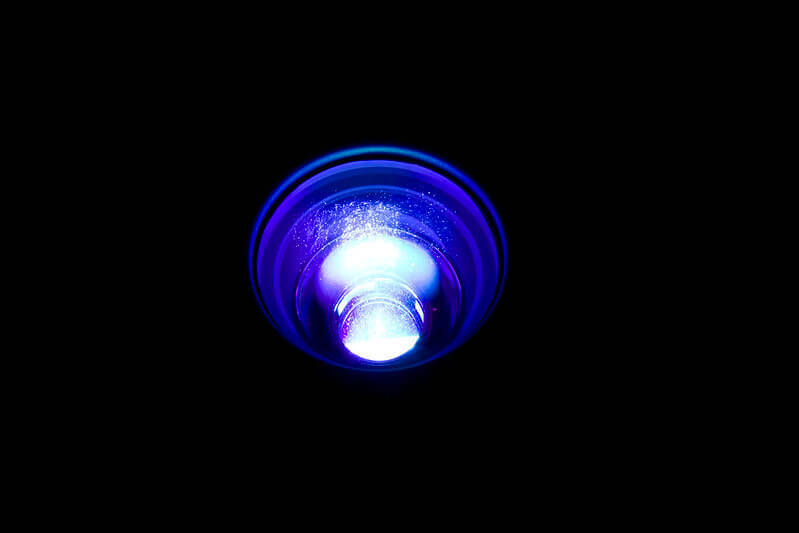 The brighter the projector lamp the easier it is to burn up. Sure, thanks to modern metal halide and LED technologies, it’s harder for a light bulb to burn out than, say, an ancient incandescent bulb that’s infamous for its hotness. However, as a rule of thumb, the higher those lumens the higher your hotness risk will be. Projectors lamps use high-lumen or extremely bright lamps. Standard halide lamps have at least 75 to 100 lumens of white light per watt to offer.

Your average video projector for home theater use has a 2,000-lumen brightness, particularly for 4K Ultra-HD or 1080p HD since they require that extra brightness or those additional lumens to make those extra pixels and projection largeness pop out with supreme accuracy and crystal clearness. Its brightness is then projected onto an LCD (Liquid Crystal Display), DLP (Digital Light Processing), or LCoS (Liquid Crystal on Silicone) panel.

These panels in turn produce the amazing video and images that modern projectors are known for, like a movie theater or film projectors but for home use instead of commercial use. Replacements for a burnt-out lamp or bulb can be expensive since they use complex tech in order to produce or work lights bright enough to produce high-fidelity or HD images. You can save money by being more aware of the lifespan of a given lamp and taking good care of it through non-abusive use and occasional cleanup.

Duration of an Individual Light’s Output

To calculate the duration of your light’s output, you simply need to subtract the number of hours you’ve been using your projector lamp as specified by the lamp hours indicator from the average number of hours that a given lamp will last, may it be 1,500 hours, 2,000 hours, or 5,000 hours. You’ll more or less know when the time is right to replace that bulb.

How Do You Know When It’s Time to Change Your Lamp?

High-pressure mercury or metal halide projector lamps will gradually dim the projected image brightness as it loses power and pressure starts building up from inside its bulb. This dimming might be subtle at first. It doesn’t help that your eyes are capable of adjusting to different light conditions, even low-light conditions as long as it’s given enough time to acclimate. It’s only after quite a while that the half-life of the lamp is met and the dimming of your image becomes quite noticeable to the point that’s impossible to ignore.

On occasion, the lamp might fail altogether at the end of its life because of temperature stress. It’s cheaper to replace a bulb than a whole lamp so watch out for this. Many projectors feature a built-in lamp counter that allows you to know when it’s time to replace the bulb. This counter resets every time the lamp bulb is changed. There are also models that require you to change the whole lamp instead of just the bulb.

Look at the user guide or manual that came with your projector to learn more about this lamp hours feature. If you’re unable to find the counter and have lost your user manual, then you can contact a lamp expert or the OEM customer service for more details.

When checking out the remaining hours left on your projector lamp or lamp’s light bulb, you need to know the average lifespan of your type of bulb then subtract the lamp hours from it. It’s also sometimes ideal to replace a failing lamp before it fails completely to prevent overheat damage that could spread to your projector itself.

Meanwhile, when it comes to accessing lamp hours you need to do the following.

How Can You Make Your Projector Lamp Last Longer?

Here are all the preventative maintenance steps you can observe in order to reduce the likelihood of a projector lamp or bulb failure (projector lamp problems) before its average rated lamp hours comes to pass. 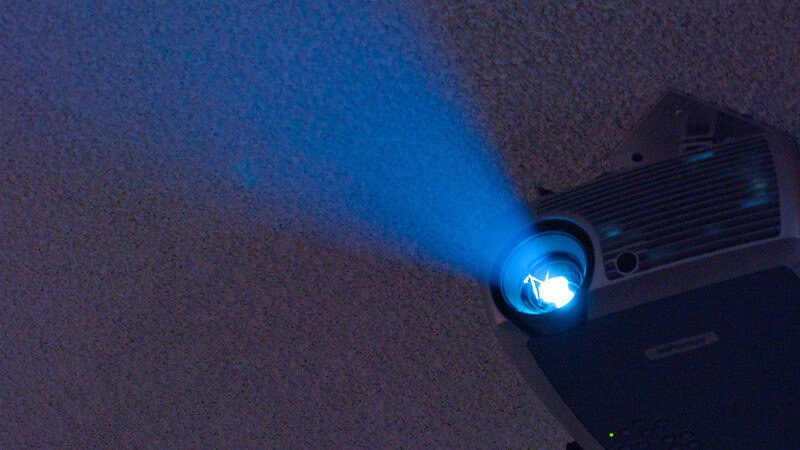 Lamp Hours and Lamp Hour Access in a Nutshell

From there, you need to access the info tab or menu on the main hub of the device. This will give you access to the remaining lamp hours or the lamp hours used so far by your projector lamp. The lamp hours for particularly vintage projectors have the lamp hours flash briefly on the display when you press the On/Off switch for longer than 20 seconds, as in the case of a digital clock or the timer for a digital blood pressure bracelet. Knowing how to check lamp hours will vary from one model of the projector to another.