What’s the deal with projector vs tv power consumption? As a rule of thumb, a projector uses up more power than a television set in order to properly power its lamp. However, some projectors use less power or as much power as the average 250-watt HDTV.

Indeed, in reality, there are times when the TV uses up more power than the projector as well as vice-versa. There are thousands of available options out there, so it’s difficult to define how much power TVs use up on average compared to how much power projectors use up on average. There needs to be a point of comparison in order to figure out which appliance consumes power the most.

You may also like: Can You Watch TV on a Projector? Absolutely!

The ABCs of Projector vs. TV Power Consumption

Here’s what you need to know when it comes to TV and projector power consumption.

Screen size directly affects the HDTV’s power usage. The energy-efficient models certified by Energy Star can use as little as 15 watts per hour and 50-inch models can go up to 66 watts per hour.

A massive 90-inches model can use up to 381 watts per hour. Even the highest-powered HDTVs approaching projector screen sizes can’t use as much power as a projector, especially the super-bright ones

Electricity use for a projector depends on the wattage of the LED, metal halide, or halogen bulb of its lamp. The brighter the projector the more energy it uses up. It’s not the sole indicator but it’s a good rule of thumb. 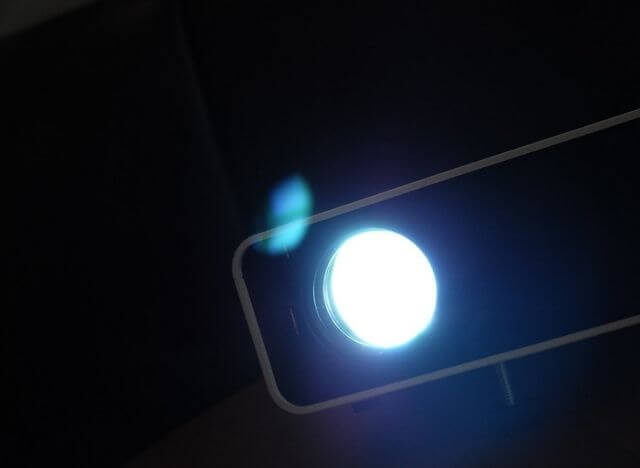 Other factors include image quality and resolution. You can judge brightness levels by the projector’s lumens output. Projector electricity consumptions range to as low as 150 watts and as high as 800 watts per hour. On average, models use up to 300-watts per hour.

Lampless projector designs use up less energy and project the image through lasers instead of traditional lamps. They can be laser projectors or hybrid laser and LED projectors that use both technologies to work.

These display devices have power requirements like that of standard projectors, so they use about 300 watts per hour on average. As for LED-only lampless projectors, they use up energy similar to huge LED TVs. Therefore, they use from 120-400 watts.

Let’s do something more specific. Let’s compare an Epson Home Cinema 4000 Series 4K Projector with a Samsung 55″ Q70 Series QLED. For obvious reasons, the HDTV will always come short when it comes to screen size when compared with a projector because the latter can go up to 100″ in size like their cinematic counterparts.

If you can even find a 100″ mega-sized HDTV, it will cost you more than double or triple a projector that can project on a 100″ screen at the fraction of the price. Naturally, the Epson projector uses more electricity.

The Larger the Screen the Brighter the Lamp

As a rule of thumb, the larger the screen size or image size of the projector, the brighter its lamp should be to compensate for the blown-up image. Ditto when it comes to high-resolution projectors.

More light is required in order to accurately portray the sharp, high-res imagery of a given projector when compared to a “What you see is what you get” offerings of a seemingly backlit HDTV. In turn, the more brightness a projector from Epson and the like has the more electricity it uses.

How Many Watts Specifically?

The Epson Home Cinema 4000 Series 4K Projector specifically uses between 200 to 275 watts, which matches the average HDTV’s 250-watt power consumption. A 4K HDTV can go as low as 100 watts. Many consumers seldom use their projectors compared to TVs in their homes.

This is for the real risk of burning the projector out, especially the metal halide lamp or halogen lamp varieties. This is less of an issue with LED projectors, but HDTVs tend to run longer run times than projectors regardless.

Best Ways to Measure the Power Consumption of Your Projector

You can measure the power consumption of your projector relatively easily. Just do what’s outlined below.

Find the Wattage of your Projector

Look at the projector specs to know its wattage settings. Nearly all 21st Century projectors should have a label indicating such important specs. You can also check the user manual, the official website of the manufacturer, or the Amazon page that lists down their details.

You can double-check the power consumption of the projector by learning to use a multimeter and checking the wattage of the device through the digital display of the measuring device.

It’s a safe bet to presume you’ll get a projector with higher power consumption than your TV. Unless you’re gunning for a pico projector to amuse yourself when traveling, this is most likely the case.

Your home theater room or den works best with a 4K projector with HDR features instead of a low-resolution projector with less brightness to work with. This might even force you to limit your movie nights to weekends to save money on power.

A Significantly Larger Image for a Truly Immersive Viewing Experience

Long story short, when it comes to the power consumption on a given session between a projector and your TV, the projector wins out.

However, in light of most people even in 2021 using their HDTVs for longer stretches of time without worrying about lamp burnout, the power consumption might balance out. Indeed, you might use your HDTV for longer, so it consumes more energy by default. 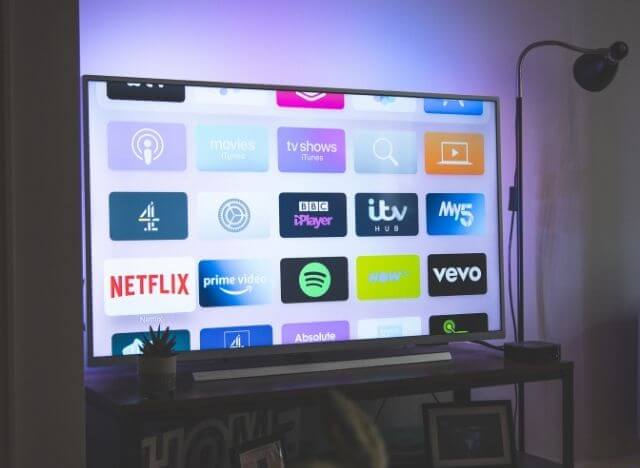 Some QLEDs and projectors have pretty good power settings, like the Optima NS-PR60 Projector that uses less than 24 watts but has a brightness to match that power consumption. When comparing similarly priced TVs and projectors, chances are you’ll end up with a projector that consumes more power than the TV.

It’s just the way it is. It’s like how on average the projector will likely have a bigger screen size than the next similarly priced HDTV nearest its value.

Level Out Consumption Depending on Use

How often you use a display device might influence overall consumption. Back in the day, before the rise in popularity of the Internet, most people were couch potatoes who tuned in to television to watch their favorite shows for 8 hours or more.

Nowadays, people divide their time between their computers, their cellphones, and their TVs. More and more consumers are riding the projector trend and use those more often than their TVs too, which levels out consumption depending on use.

How to Choose from Either

An HDTV is the better choice in electricity usage terms and if you’re okay with a smaller image. If you want a larger image for your gaming or movie needs, you’ll have to deal with more power consumption.

Otherwise, you’ll have to use a pico projector with less power consumption but less brightness. You can get the best of both worlds, such as an energy-efficient QLED, but you’ll have to deal with a more expensive product overall when push comes to shove.

Integrate your HVAC and lighting controls with your projector to maximize power saving. As for HDTV, sometimes it might be more prudent to use your precharged cellphone as your white noise instead of the TV to save electricity.

At any rate, here are some videos you can watch to learn more about TV and projector power consumption.

Even the battery-powered mini projectors or pico projectors require quite a bit of wattage in terms of recharges when compared to the more economical HDTV. The only way an HDTV uses up more wattage than a projector is by volume of usage.