So you want to play Uncharted 4: A Thief’s End on your PlayStation 4, Grand Theft Auto V on your Xbox One, or Super Smash Bros. Ultimate on your Nintendo Switch, but not on the HDTV. Oh no, you want a more cinematic experience this time around. You want to play with a projector and the 100-inch screen that came with it. So you set everything up, you play, then you stop, grimacing. There’s too much input lag! The controller isn’t responding as fast as you want! Is the problem your projector itself?

We consider the ViewSonic Projector PX700HD as the best projector in the game when it comes to low latency or low input lag, which is great if you want your video to be in-sync with the sound from your speakers or if you want to play videogames with the twitch-reflex, real-time quickness of 8-bit or 16-bit gaming or even a pinball machine. 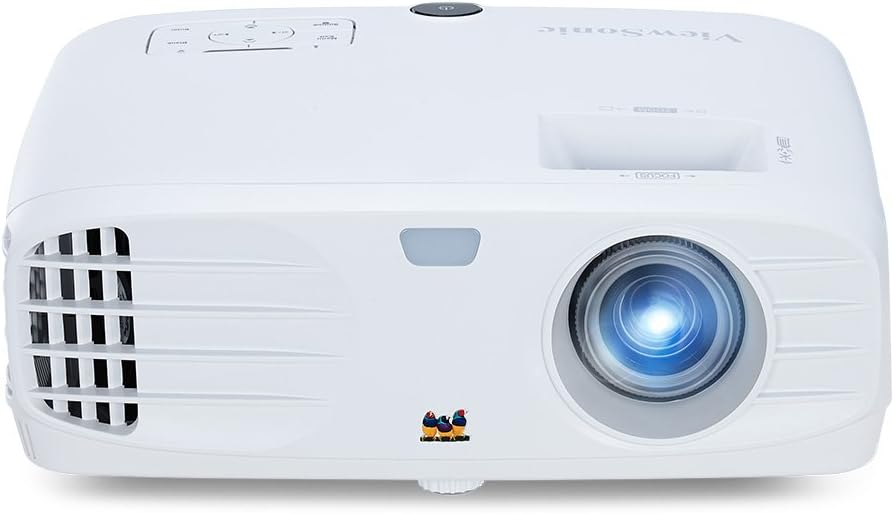 What Is Input Lag and Why Is It Important?

Input lag or delay is when the input from your videogame controller comes with a delay, especially when using a projector. This didn’t use to be an issue with CRT TVs and simpler game consoles, but as both appliances became more advanced and PC-like, problems with lagging or latency started cropping up. Latency problems can also crop up when watching movies in the form of the sound coming before the video, with them not being in sync.

Because graphics are so advanced now, there’s a bit of a delay in movement from when you press your controller button and when your player avatar moves, even if it’s by mere milliseconds to a full second. Sure, with movies, you can use a delay switch to sync sound with video, but wouldn’t it be better to have a faster, low-latency projector instead?

What Does The ViewSonic 1080p Projector PX700HD Bring to The Table?

The ViewSonic PX700HD is specifically advertised to be low latency. What this means is that its HDMI connection speed is as fast as possible so that when you input your command, there won’t be any delay to what your game avatar is doing. It reacts in real-time or near real-time, which is especially important in online FPS gaming since certain connections bring with them a bit of lag by the milliseconds that could turn to full seconds when paired up with high latency or lag projector. 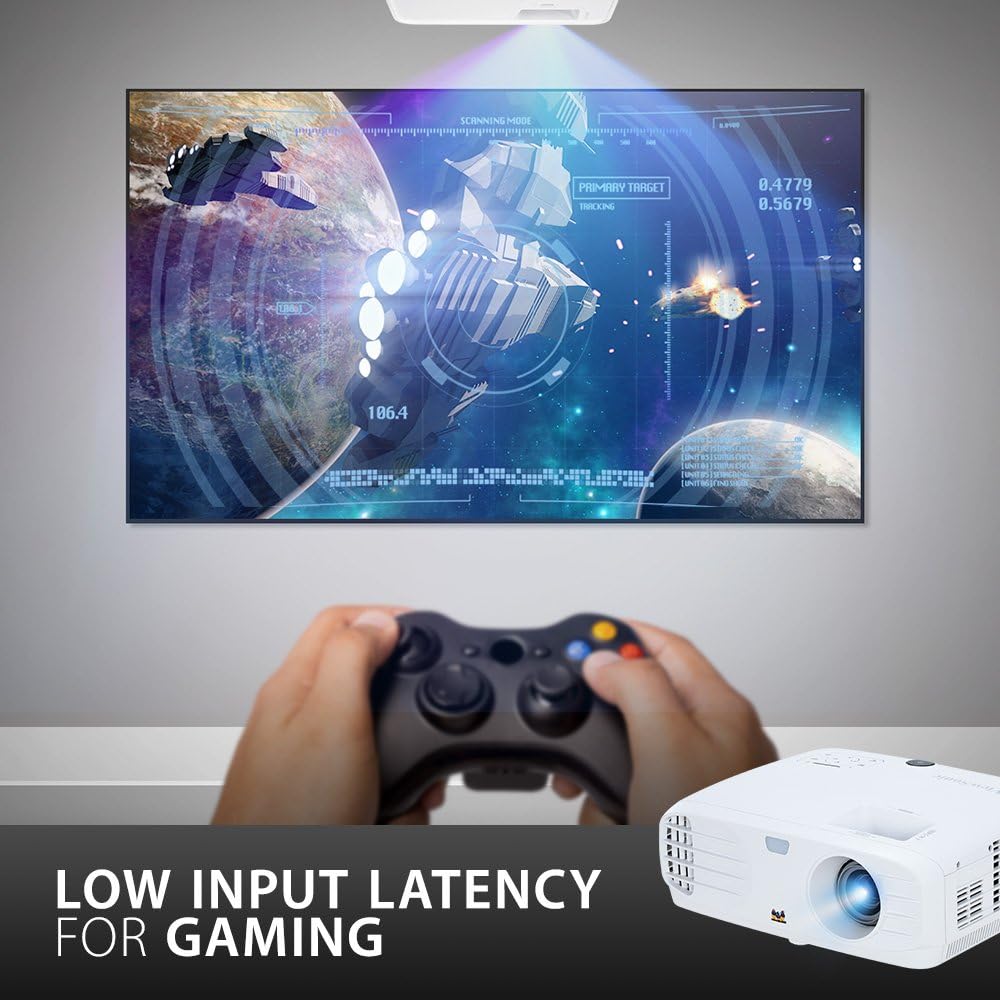 To Sum It Up

We’ve ultimately chosen the ViewSonic PX700HD as our low-latency projector of choice because as a projector, it’s a gift that keeps on giving. Even if you’re a single-issue “voter” when it comes to projectors and you only want to get the PX700HD because it specializes in ensuring low-latency gaming, it’s not, in turn, a single-issue projector. It gives you its specialty and many other sides and alternative dishes plus desserts you’re sure to adore.

For example, this “gaming” projector features 3,500 lumens of brightness to ensure that even in daylight or ambient light, you can get your game on without shutting off the lights or pulling down your curtains or blinds. Additionally, it’s in full HD 1920 x 1080p native resolution, which means it won’t shrink down your HD games then blow it up on your projection screen, leading to missing details and artifacts. It also comes with a user-friendly design that’s easy to set up and install on a chassis that’s sleek and white to boot. The bottom line is that it’s a great gaming and home video projector for its price that gives more expensive options a run for their money.