Let’s say you wish to connect your 1990s to 2000s PC to a computer monitor or a projector. Aside from the HDMI standard set by HDTVs in the mid-2000s to 2010s, it’s more than likely that you’ll instead use a Video Graphics Array (VGA) display standard to connect your desktop tower or laptop notebook PC to a Liquid Crystal Display (LCD) flatscreen or cathode-ray tube (CRT) monitor. Even when it comes to digital video projectors, this remains the case. It’s such a prominent and long-standing standard that continues to be used to this day.

Even modern laptops with HDMI ports also include a VGA port for older projectors and monitors. By the way, if you’re wondering what the best VGA cable for projector use is, we definitely recommend the Cable Matters VGA to VGA Cable or Cable Matters VGA Cable. It’s perfect for all those non-HD or HDMI projectors with extra ports for A/V and VGA.

See more: Learn How to Connect to a Projector

The VGA or Video Graphics Array graphics standard is used for connections of video display controllers such as monitors and the like that was introduced back in 1987 by the IBM PS/2 line of PCs. It followed previous standards known as CGA and EGA introduced in earlier IBM PC lines. Because it was widely adopted by the computer hardware industry instead of being an exclusive propriety standard for IBM, the term has eventually come to mean the analog computer display standard, the 640 x 480 characteristic of VGA hardware, or the 15-pin D-shaped VGA connector. 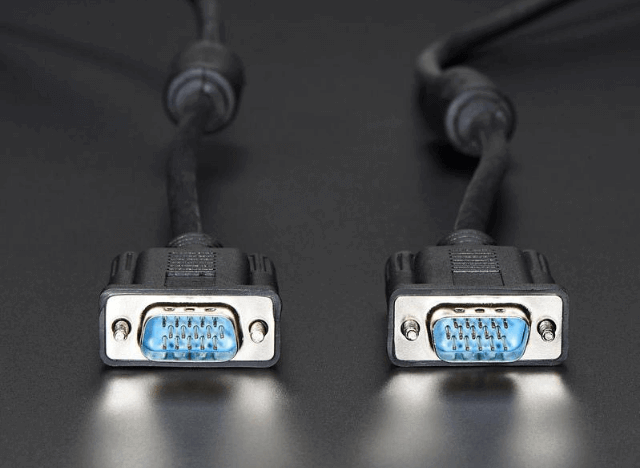 What Cable Matters VGA Cable Brings to The Table

The Cable Matters VGA to VGA Cable with Ferrites (SVGA Cable) product is a 6-foot long cable for VGA and SVGA usage. We chose this cable as the best VGA cable for projector use for two reasons—it’s cheap and it’s reliable. It’s not as cheap as in low-grade. It’s the highest quality VGA-to-VGA cable we could find of its price point in 2020 that could deal with some high-definition realities of the current year. It gives more expensive cables a run for their money as well. 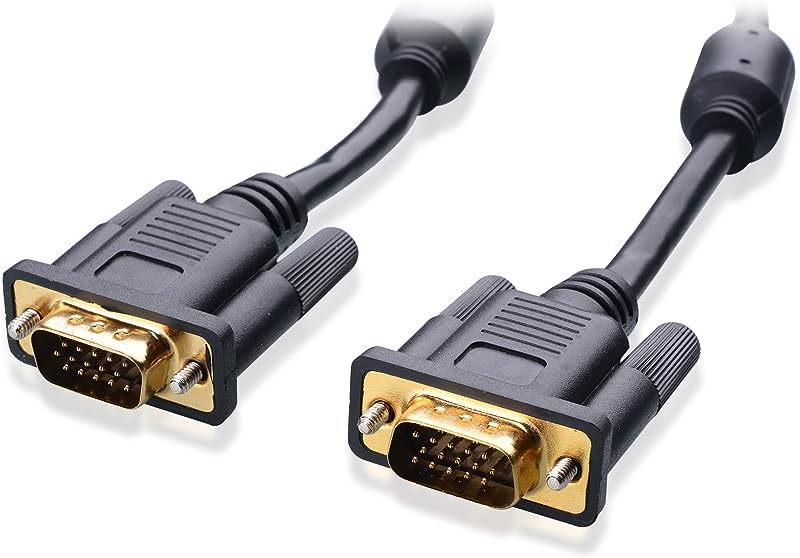 IBM’s VGA standard that was developed back in 1988 is still in use in 2020 or 32 years later. Isn’t it amazing? It’s not unusual for certain laptops or desktops to still have a VGA option that allows you to connect a CRT monitor to your media source, but with the caveat that you’ll need to fiddle with the resolution to get a proper one on a 4:3 aspect ratio screen. You either have to relegate yourself with letterboxing, squashing, stretching, or cropping part of the display. There are VGA LED and LCD screens available as well. VGA is amazingly alive and well in the era of USB and HDMI.

You can get HD widescreen monitors and play HD movies on it through your laptop without needing an HDMI cable, although as a result, the image comes off softer or lower quality depending on your VGA cable quality. On that note, Cable Matters is the cable that matters when it comes to quality VGA cables that can even transmit HD signals to VGA ports reliably.