The Ambient Light Rejecting (ALR) screen is a type of screen you can use in order to project a movie or a TV show as well as a videogame without shutting off your lights or needing a particularly bright, 3,000-lumen projector to see the image clearly and sharply. In short, it can make even regular projectors that require you to shut the lights in order to see clearly can work with an ALR screen even in the presence of ambient light.

By our estimation, Carl’s DIY ALR Ambient Light Rejecting Projector Screen Material is the best ALR projector screen around. Why is this so? Keep on reading to find out what makes Carl’s DIY ALR screen material superior to everything else we’ve tried out, even when the competition doesn’t require you to buy a separate fixed tension frame.

Understanding What ALR Is All About

ALR screens selectively reflect light back to the viewer to make the image brighter than it ordinarily would in other screen types. They achieve this effect by proper projector positioning relative to the screen until the light from the device is bounced towards the viewer or audience. Meanwhile, the ambient light is reflected back in some other direction to keep it from impeding or stealing the thunder of the projected image. This allows projector owners to not turn off lights when watching movies.

We believe in Carl’s DIY ALR Ambient Light Rejecting Projector Screen Material because it’s shaped the right way, it’s made for the 16:9 aspect ratio, it’s 135 inches diagonally, it’s presented to you in a rolled tube, and it’s 4K Ultra HD resolution ready to boot. Just keep in mind that it only works with front projection and not rear projection. Also, it offers 1.5 contrast gain, it works great with Active 3D features, and it has high contrast properties.

Regardless, an ALR screen material is most useful in settings where you can’t avoid the ambient light of open windows in daylight or light fixtures, such as the classroom where students have to take notes during the teacher’s lecture and whatnot. With that said, here are the properties that made us decide to support Carl’s Place and its DIY ALR projection screen material as your best ALR projection screen solution. 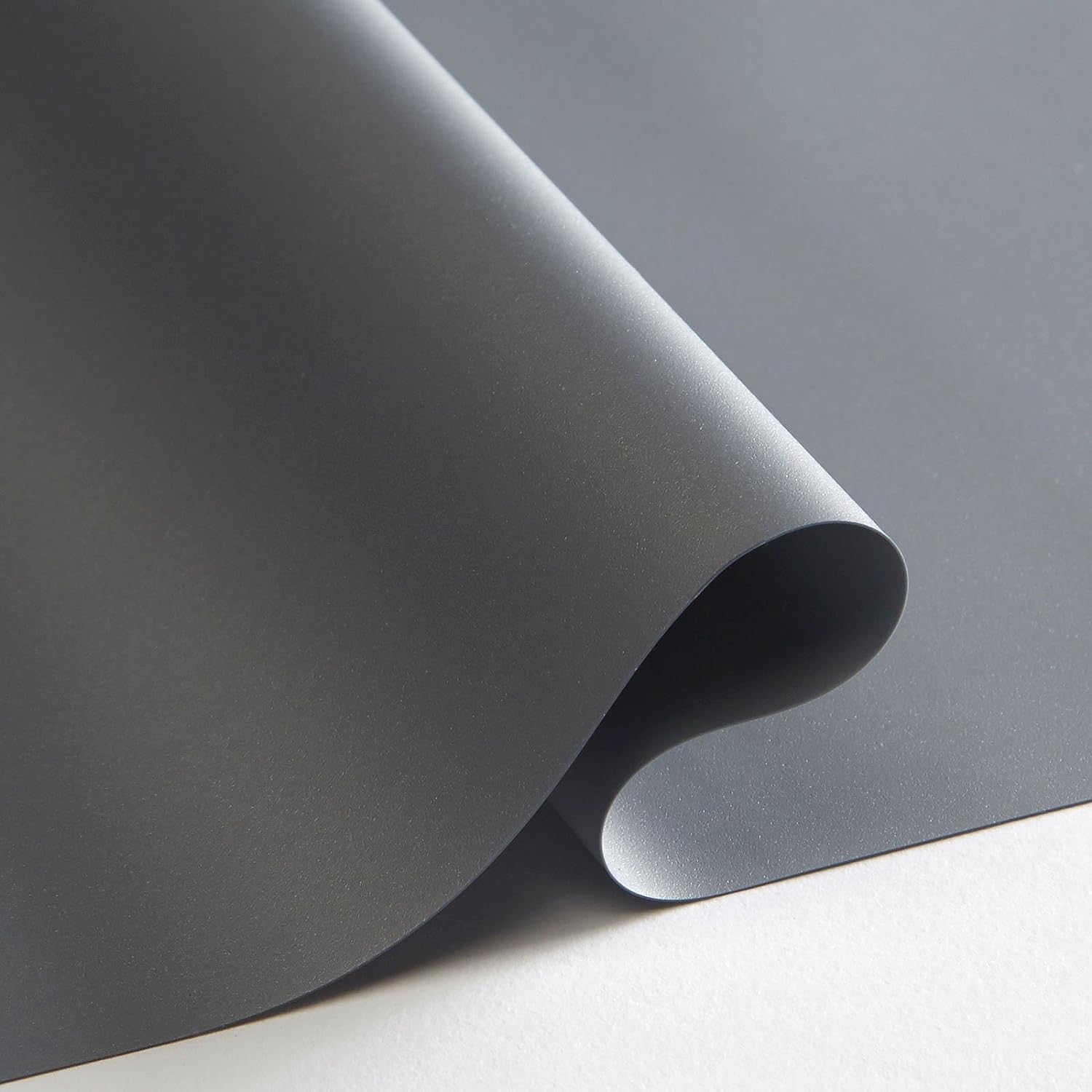 Carl’s DIY Ambient Light Rejecting Projector Screen Material is basically a gray cut cloth though, so you still need to set it up to turn it into a screen. It’s good for enhancing existing screens or replacing screen material with better, more reflective ALR material. It’s not a ready-made ALR screen though, but it’s worth every buck since it’s easy enough to setup into becoming a screen for your home cinema. We had this installed then scoped out, comparing it to a whole line-up of ALR screens. This DIY screen blew the competition out the water with size and quality.

Sure, it has its limitations like being limited for front projection or the fact that you have to buy a separate fixed frame or rolling device for what’s essentially screen material, but it still offers you a lot more size and customization options. What’s more, the extra cost of having it installed doesn’t break the bank as much as buying a much smaller ALR screen, funnily enough. You can also use the Carl’s DIY ALR Projector Screen Material for sports bars, conference rooms, media rooms, and home theaters. Sure, home theaters or cinemas are ideally made to turn the lights off when the projector is on because even the weakest projectors can make their weak light brighter in darkness, especially in pitch-blackness.