Nowadays, 1080p and 4K video projectors are setup in a way that they can double as HDTVs. What this means is that you don’t need any fancy adapters or converters in order to make a projector work with any given DVD or Blu-Ray Disc (BD) player as long as it has a component or HDMI input. The exception to this is vintage projectors that used to work with VHS, Betamax, and LaserDisc media players instead, but that’s more of an issue of old tech being used with new tech.

Therefore, in theory, any DVD player from Sony, Panasonic, Toshiba, and Samsung should work fine with your projector on hand, right? To err on the side of caution, we researched through the depths of Amazon.com to find the highest rated DVD player for projector use, and the one we came across is the Jinhoo Region-Free DVD Player.

What Is a DVD Player?

First off, what is a DVD player anyway? Ostensibly, a DVD player is a device that plays DVDs or Digital Versatile Discs. The Blu-ray Disc (BD) became the de facto successor of DVD because its intended successor, HD-DVDs, fell on the wayside. Regardless, DVDs are still being used to this day along with BDs but they’re being rendered obsolete currently by digital streaming or video-on-demand services like Netflix, Amazon Prime, and Disney+. The player plays DVDs produced both for DVD-Audio and DVD-Video technical standards.

DVD players, along with their more advanced Blu-Ray counterparts, aren’t created equal. Some are better than others. Others are better at certain things than others. According to Amazon.com itself, our most highly recommended DVD player for projector use is Jinhoo. In our view, your best bet for a DVD player made for projector use is a region-free DVD player like the Jinhoo Region-Free DVD Player. Regardless, if you have doubts or have other options in mind, suffice it to say that you have your work cut out for you in terms of shopping for the best projector-friendly DVD player.

You have loads of choices for compatible DVD players that could play their movies on your projector with little to no problem. The key here is to find out which ones perform the best. For our money, the Jinhoo 1080p DVD Player offers compatibility with the HDMI, USB, and coaxial A/V connection formats. We had multiple options for connecting with a wider variety of projector types, from the latest ones to even vintage ones that still use component cables. Other DVD players were much more limited and touchy with their output. (See more spec). 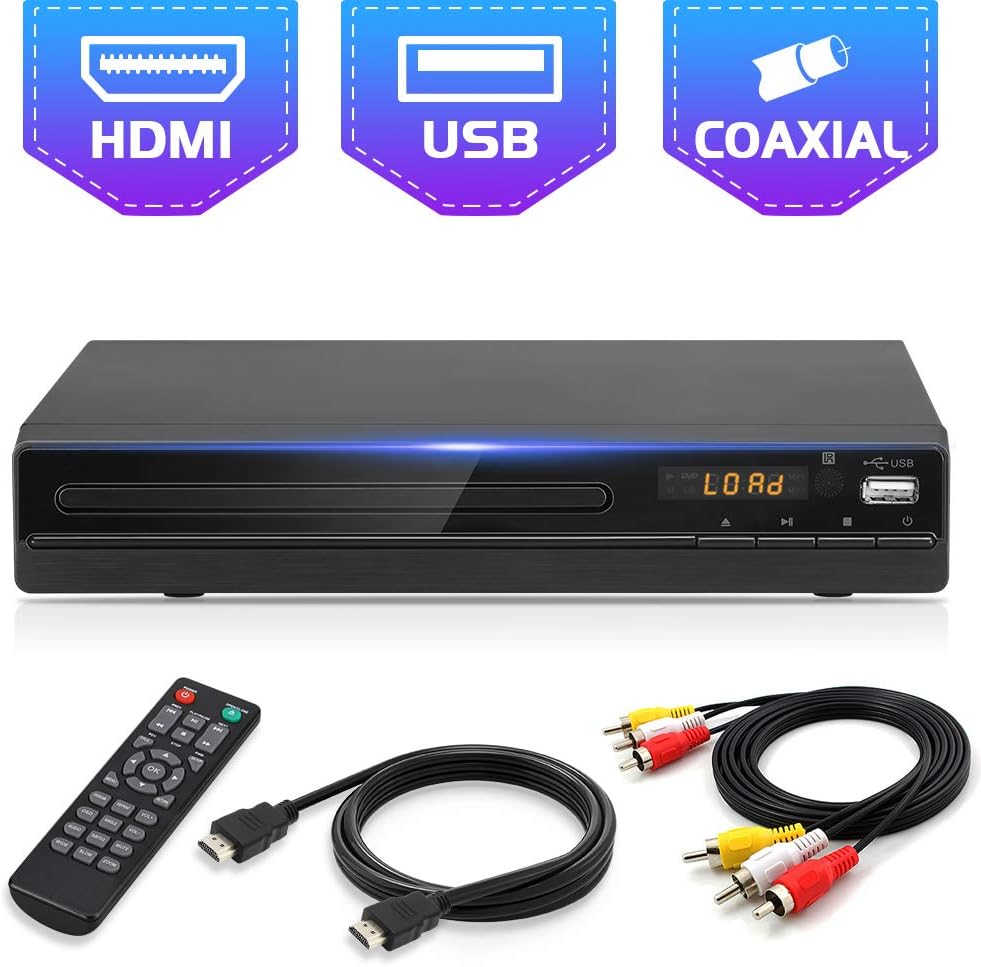 Blu-Ray Disc players had their legs cut from under there with the proliferation of streaming services that are quickly becoming the option of choice for watching on-demand content by the masses at large, the way DVD eventually overtook the VHS market when it comes to renting or owning home video. That’s just the way technology marches. However, even in the 2020s, DVD players from companies like Jinhoo are still hanging on there along with high-performance, cost-effective BD players from Oppo.

Regardless, from our standpoint, Jinhoo is the DVD player of choice in 2020 that you should buy if you wish for instant projection compatibility. You can view your DVDs in a movie-quality home theater and projector using the super-affordable, region-free DVD player. Streaming might be the wave of the future as of the time of this writing, but DVDs and BDs are still hanging on there and fighting the good fight in the world of home cinema and home entertainment.