Would you use monitors to play or view a flight simulator game or program? Unless you’re extremely rich, that’s an impractical thing to do. Instead, it’s more affordable to invest in several projectors and projection screens. This way, you can get screens large enough to simulate what it’s like flying a huge commercial plane or a small two-seat bi-plane with the sky surrounding your vision in three “window” panels. Like in the case of movie-viewing, monitors have more brightness and clarity but projectors can project on bigger screens for better flight simulator immersion.

We specifically recommend the ViewSonic 1080p Short Throw Projector for the job of being the absolute best projector for your flight simulator needs. After all, it’s a DLP (Digital Light Processing) short-throw projector with 3,000 lumens of brightness and low input lag. It’s specifically designed not only for home theater viewing but also for gaming, which is kind of what you’re doing when training on a flight simulator. This is as opposed to an LCD (Liquid Crystal Display) or LCoS (Liquid Crystal on Silicon) projector.

What to Look for in a Flight Simulator Projector Setup 101

Monitors are usually installed in flight simulator cockpits. Lacking cockpits, the monitors will still be there even if your simulator is as barebones as a copy of Pilotwings 64 for the Nintendo 64, a game controller, and you slouched down on the floor with a bean chair in front of two or three panels simulating the experience of real flight. 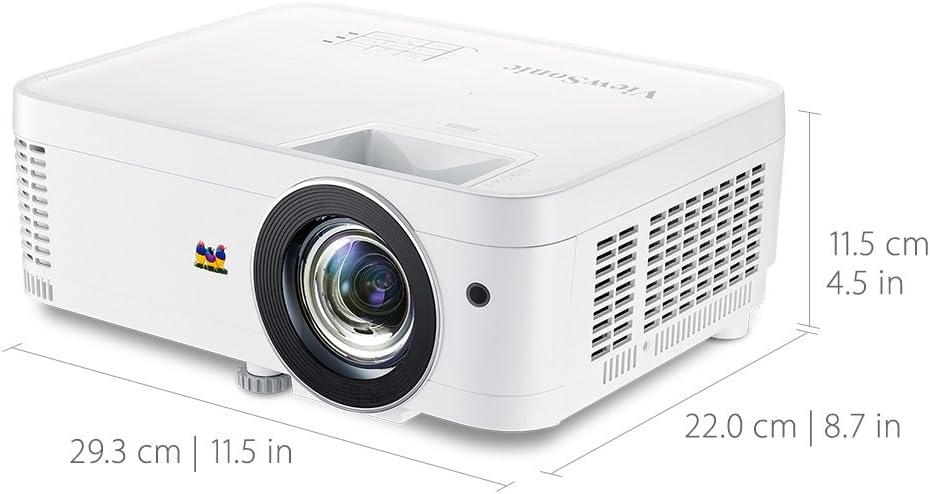 The ViewSonic 1080p Short-Throw or Short Throw Projector is our projector of choice for flight simulator use whether it’s a simple barebones gaming setup or a more expanded and professional rig involving a detailed cockpit and a 180-degree view so that you feel like you’re surrounded by the sky. 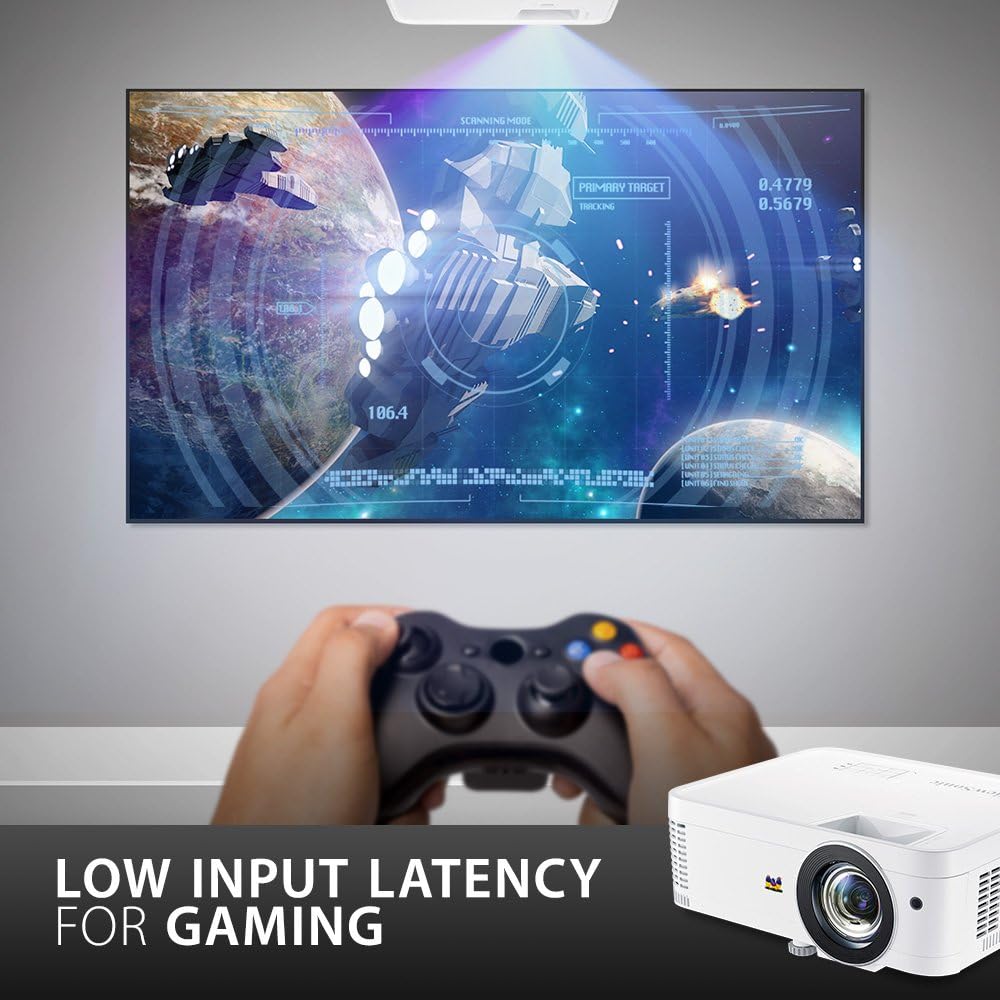 The more detailed setup might involve buying more than one ViewSonic PX706HD DLP projector—up to 6 of them, with one for each projector screen angled together to form a half a dodecahedron or polyhedron. Projectors and screens also allow you to build your flight simulator cockpit as big or as small as you want it to be. To wit:

Indeed, if you want the best possible projector for your flight simulation needs, go for the ViewSonic 1080p Short Throw DLP Projector. You can buy 1 to conform to a multi-panel screen or multiple to improve your immersion, with each projector projecting one part of the screen as a multi-monitor setup would. ViewSonic’s DLP projector is among the most affordable ones on Amazon, with superior prices to their non-online counterparts while providing you with superior image quality every time. You can also scale up or down the realism of your flight simulator as needed, starting with one ViewSonic projector and several multi-panel screens as your foundation.