So what’s the best universal projector ceiling mount out there? By our estimation, it’s the VIVO Universal Adjustable White Ceiling Projector Mount. It has everything we’re looking for in terms of universal ceiling mounts, which includes tough construction, flexibility, and ease of installation on top of having enough weight and support for a wide variety of projector types.

This article has done some extensive research regarding the top projector ceiling mounts currently available for 2020 that should perfectly work to your satisfaction and why VIVO Universal Adjustable White Ceiling Projector Mount MOUNT-VP01W is the cream of the crop. First off, here are the things you should be on the lookout for when it comes to your projector ceiling mount.

We’ve made the VIVO Universal Adjustable White Ceiling Projector Mount MOUNT-VP01W our universal ceiling mount of choice because it helps you to achieve maximum picture quality with minimal lens shift, zoom, and keystone correction adjustment in light of its flexibility, versatility, and ability to be adjusted in every which way. It’s also quite sturdy and strong enough to support the weight of 30 pounds of projector weight. 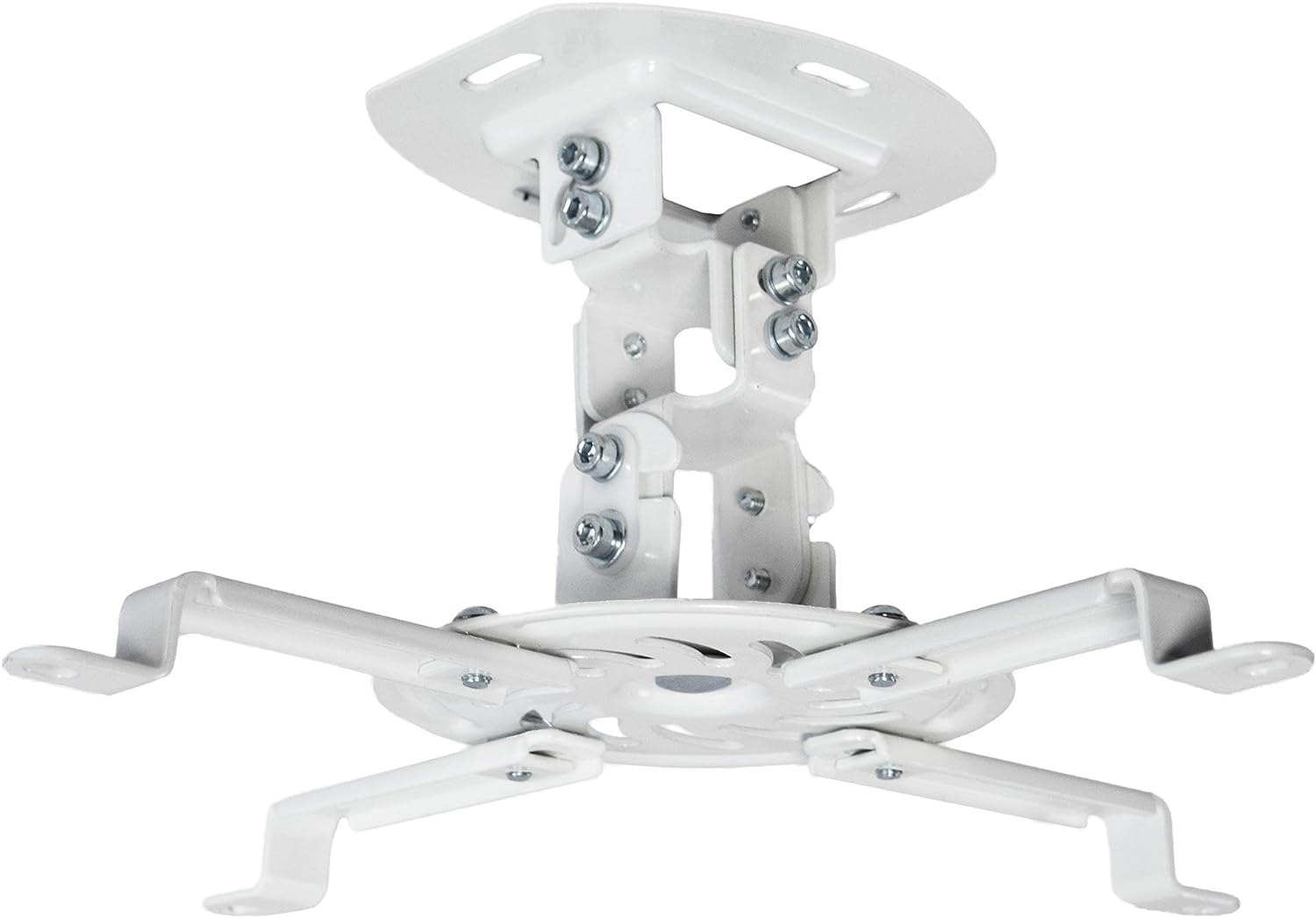 You need amount on the ceiling in order to keep your projector from being blocked or entangled by cables. While placed above you instead of behind you or in front of you, you’re able to see whatever you’re watching unimpeded. You won’t accidentally cast shadows over the screen or something. Regardless, the VIVO Universal Adjustable White Ceiling Projector Mount simply ticks up all the checkmarks regarding quality mounts for ceiling projectors.

It supports the average weight of most projectors, it’s flexible enough to move the projector around beyond its tilting and rotation limits, it’s easy to install, and it’s durable in construction to boot. Just remember that you should first know how much your projector weighs then from there you should get a mount designed to support it. It’s also important to remember that “ease” is relevant. If you don’t know how to work a drill to your ceiling, it doesn’t matter how easy it is, you’re simply unqualified to install the mount by yourself in a DIY manner.